European monarchy arranged marriages for purposes of wealth and power, but two un-arranged marriages in   the U.S. in the 19th century ended up being “responsible for the greatest dietary shift in our country’s history.”1

Introduction of Vegetable Oil to America

Below is the story of how vegetable oil became ubiquitous in American kitchens after two brothers-in-law paid off The American Heart Association and led a massive marketing campaign that convinced the American public to switch from healthy and natural oils to dangerous, industry-made vegetable oils.

In this article, we will reveal the hidden history of the popularity of vegetable oil that will make you question everything about the way you eat and the way you cook. You will be able to learn how hydrogenated oils originated; how they are made; and how you can avoid them!

The story begins in Cincinnati in the 1800s, which was then known as Porkopolis because of the wide trade and consumption of pork and its byproducts — such as soap and candles — that were shipped via the Ohio and Mississippi Rivers.

Soap was then made from animal fats and sold in huge wheels, and Procter & Gamble wanted to revolutionize the industry by selling individual-size soaps. They replaced expensive animal fats with cheaper coconut and palm oils, which allowed soap to float in water rather than sink. To reduce the cost of raw materials for soap, Procter & Gamble started using liquid cottonseed oil. At the time, cottonseed oil was considered a waste product from cotton farming, and it was dumped into rivers.

Cottonseed oil is toxic when consumed by animals. So how did it end up in our kitchens?

Procter & Gamble enlisted the help of a German chemist named Edwin Kayser who created a new process to create a “creamy, pearly white substance1” from cottonseed oil that resembled lard. This new invention quickly replaced animal fats as the new cooking oil and became the notorious hydrogenated vegetable oil that is still, to this day, in nearly every American household.

Procter & Gamble called their new cooking oil “Crisco, which they thought conjured up crispness, freshness, and cleanliness.1” To convince people to switch from cooking with animal fats to this cotton waste, the businessmen hired an advertising agency, the J. Walter Thompson Agency, and started the country’s most expensive marketing campaign the nation had ever seen.

The agency sent samples of Crisco to “influencers” of that era — nutritionists, grocers and restaurant owners. Samples of foods cooked in Crisco were given out on the street, and special add ons were given with the purchase of the product.

They even went so far as to create a cookbook, which stated that “the culinary world is revising its entire cookbook on account of the advent of Crisco, a new and altogether different cooking fat1.”

The two true secret weapons for convincing the American public to switch to Crisco were cheaper prices and unregulated health claims on food packaging. Procter & Gamble spent a lot of money to convince shoppers that this product was much healthier and better for them than animal fats. They even got an endorsement from the American Heart Association (AHA) with a $1.5 million donation.

The AHA led the war on saturated fats, claiming that they caused heart disease and increased levels of LDL cholesterol levels (the bad cholesterol). Crisco, on the other hand, was a “heart healthy” food.

This campaigning led to several health initiatives such as the 1977 Dietary Guidelines for Americans, which denounced fats and saturated fats. The Center for Science in the Public Interest (CSPI) also recommended that Americans switch from saturated fats to hydrogenated oils.

The collusion with public interest groups combined with the marketing campaign was incredibly effective, and sales of Crisco skyrocketed to the millions in 1912. It also led to the widespread sales of margarine, safflower oil and corn oil.

It wasn’t until 80 years later, in the 1990s, that the truth surfaced, when the public finally learned that Crisco is actually made from 50% trans fats, which “doubled the risk of heart disease for every 2% increase in trans-fat calories3” and “were responsible for 100,000 deaths4” in in the 1990s.

However, not all scientists embraced the new information. The CPSI, for example, wrote that “trans, shmans. You should eat less fat.” In fact, in 1994, even after the studies about the potentially fatal effects of eating vegetable oils were known, the CPSI started a campaign against coconut oil, a healthy saturated fat, in movie theater popcorn. They claimed5 that it had more “artery clogging fat than a bacon-and-eggs breakfast, a Big Mac and fries for lunch, and a steak dinner with all the trimmings — combined!”

Although the truth about vegetable oils is commonly known, many people are still buying it. Manufacturers are still making it and grocers are still selling it. Before the 20th century, no one consumed vegetables oils, while today an average person consumes up to 70 pounds6 of it every single year. 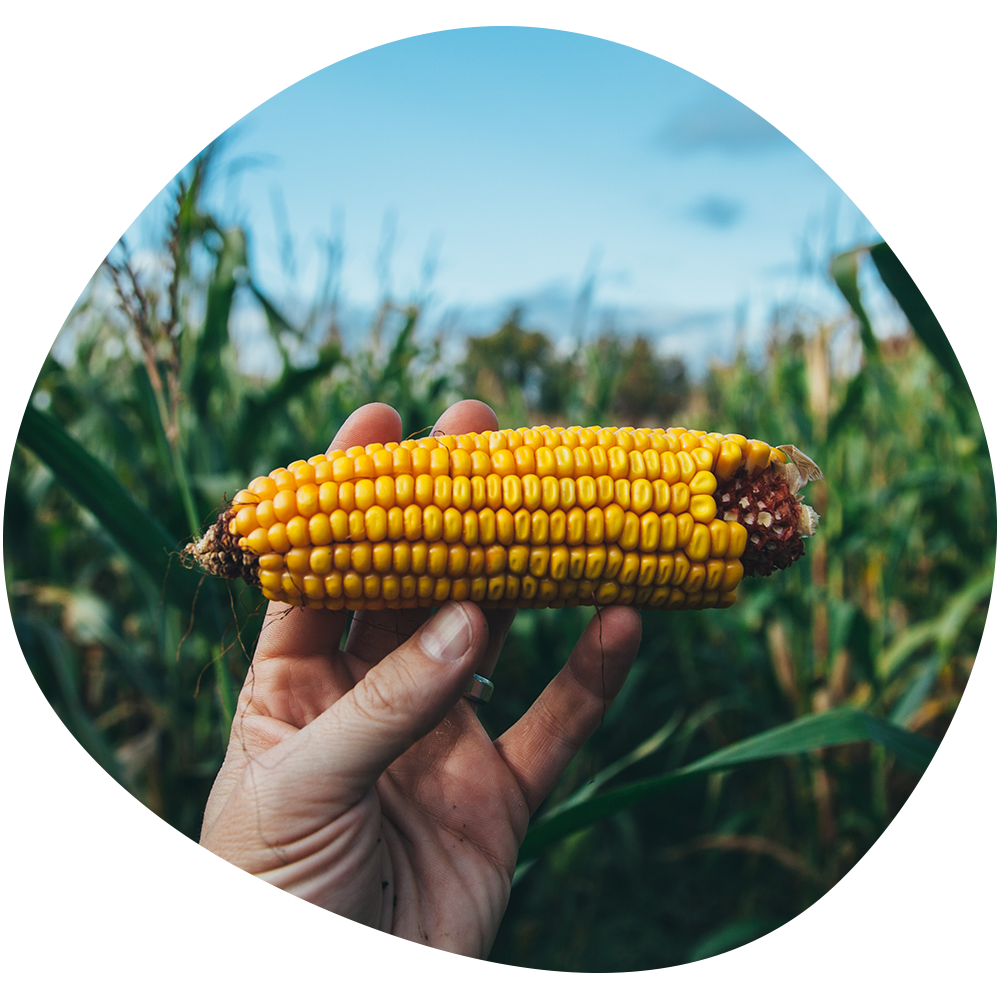 Between 85-90% of conventional soybean, corn, cotton and canola oils are grown from GMO seeds7. Although the research is still in the early stages on the impact of genetically modified ingredients to human health, The Institute for Responsible Technology8 reports that animal studies found genetically modified foods cause “organ damage, gastrointestinal and immune system disorders, accelerated aging, and infertility.”

The Institute further states that when GMOs were introduced in 1996, “the percentage of Americans with three or more chronic illnesses jumped from 7% to 13% in just 9 years; food allergies skyrocketed, and disorders such as autism, reproductive disorders, digestive problems, and others are on the rise.” Vegetable oils contain high levels of polyunsaturated fats (PUFAs), which are unstable and cause oxidation in the body. When our cells oxidize, they age and die, which leads to inflammation and mutation. This process is responsible for several types of cancers, heart disease and endometriosis. While limited doses of Omega-3 fatty acids can be beneficial to our health, high concentrations of the Omega-6 fatty acids in vegetable oils have the opposite effect. They also cause our cells to oxidize, leading to a myriad of health concerns caused by inflammation in the body such as cancers, diabetes, arthritis and cardiovascular disease. 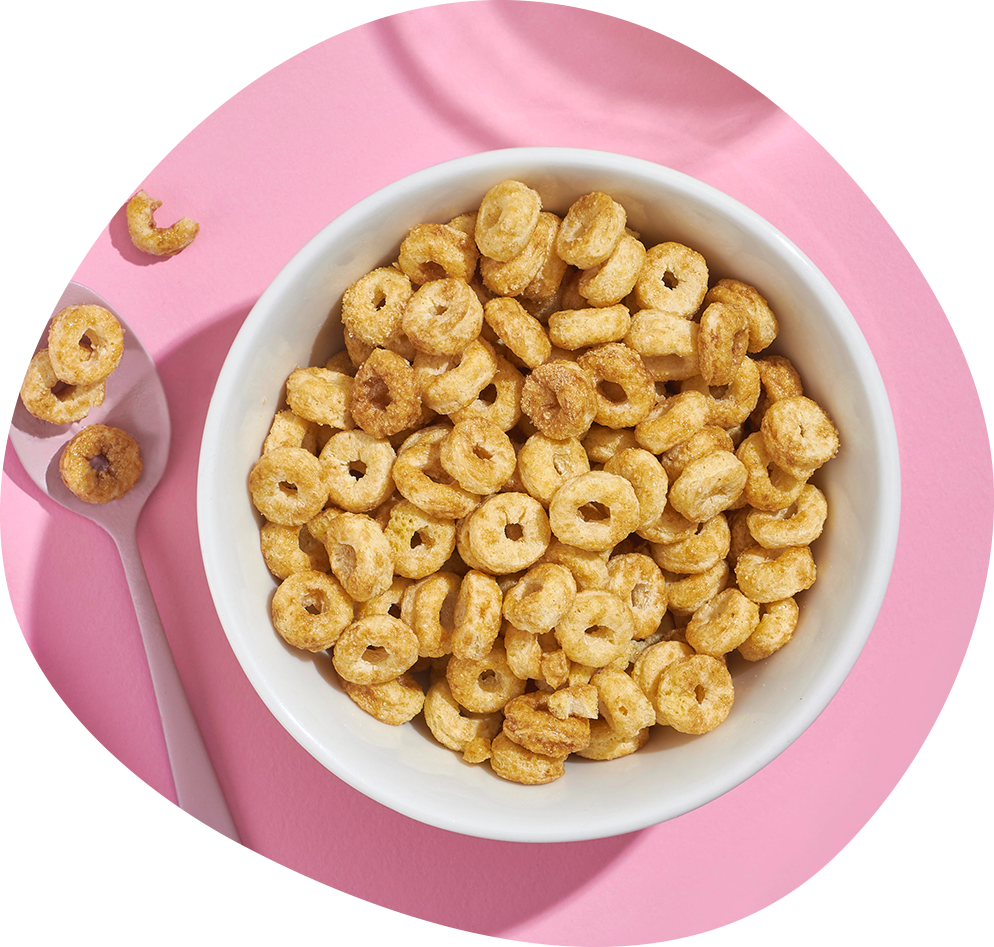 Butylated Hydroxyanisole (BHA) and Butylated Hydroxytoluene (BHT) are also added to the vegetable oils to keep them “fresh” and prevent spoilage. These artificial ingredients have led to cancer, have suppressed the immune system, led to infertility, kidney and liver damage and behavioral problems. While fats found naturally in meat and dairy are good for you in limited amounts, trans fats are always bad for you. They are created during an industrial process when hydrogen is added to vegetable oil in order to make it solid at room temperature, a property that is natural for coconut oil and oils made from animal fats. Trans fats lower your good cholesterol and raise your bad cholesterol, which can lead to stroke, heart disease, Type 2 diabetes and increases insulin resistance.

One study found that a diet full of Omega-6 fatty acids during pregnancy caused autistic sociability disorder in rats.

A side note is that the FDA doesn’t require a food manufacturer to include trans fats on the list of ingredients if the content is 0.5 grams per serving or less, so you may be eating it without your knowledge.

Why Are Vegetable Oils so Commonly Used?

Vegetables oils are added to nearly everything because they are affordable and preserve the product’s shelf life. Examples of foods that contain vegetable oils14 include: 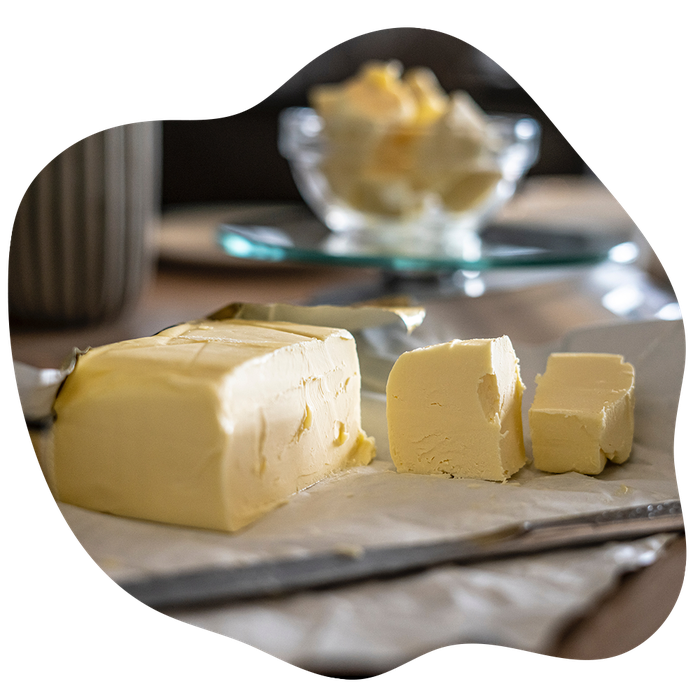 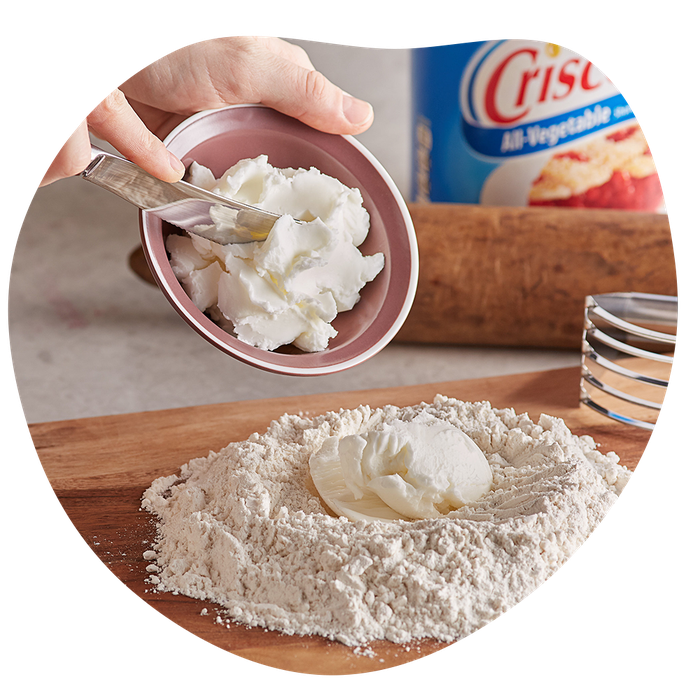 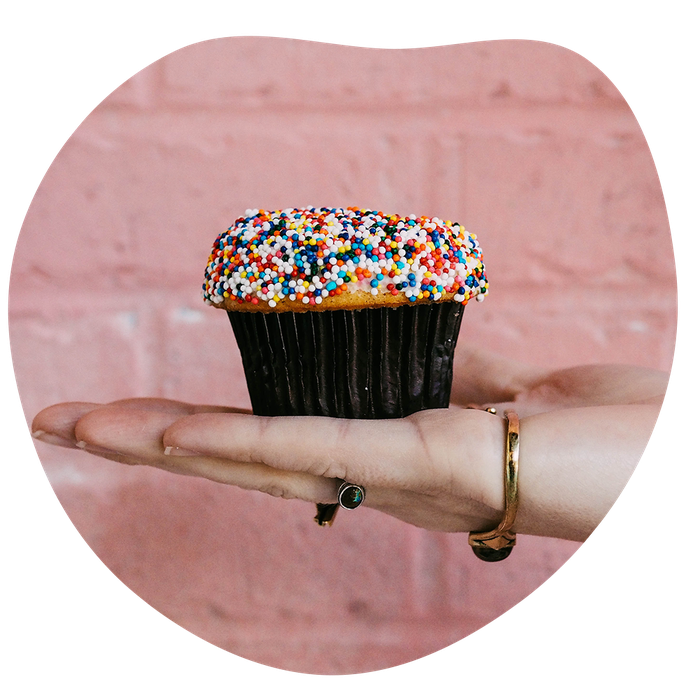 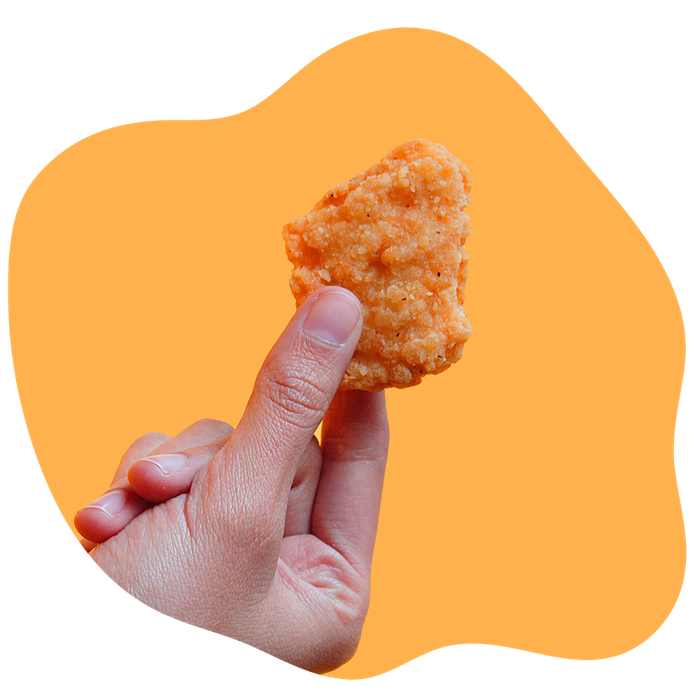 To truly protect your health, learn how to read food labels so that you are not tricked by manufacturers. If possible, try to avoid pre-packaged and processed foods as they almost always contain vegetable oils that increase shelf life.

Consuming hydrogenated and partially hydrogenated oils as part of our diet is dangerous, and it can lead to a host of health problems. While the marketing ploys of Procter & Gamble in the 20th century led the public to believe that vegetable oils are “heart healthy,” we now know that this couldn’t be further from the truth.

Below are just some of the serious and chronic conditions that hydrogenated oils may lead to: 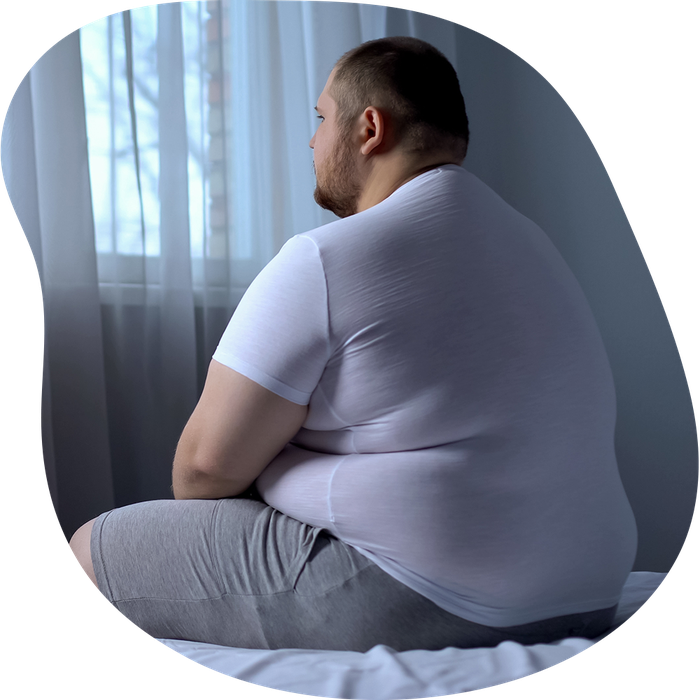 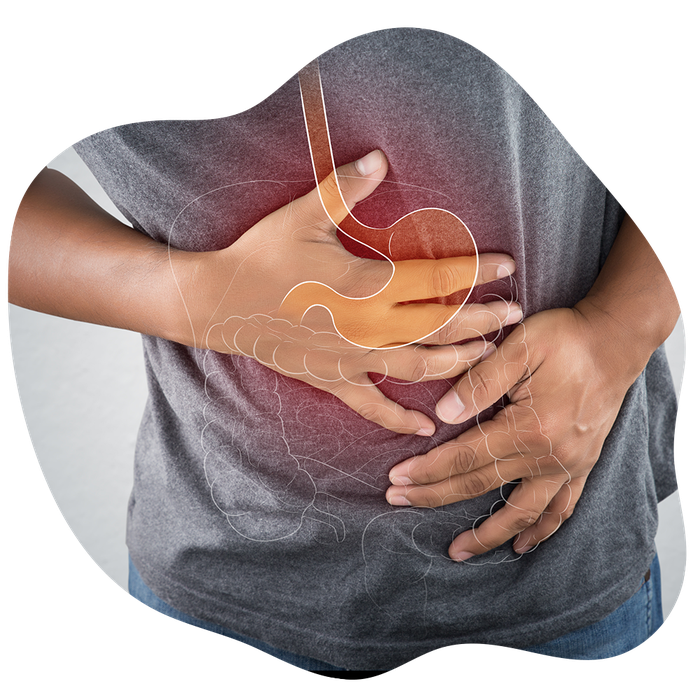 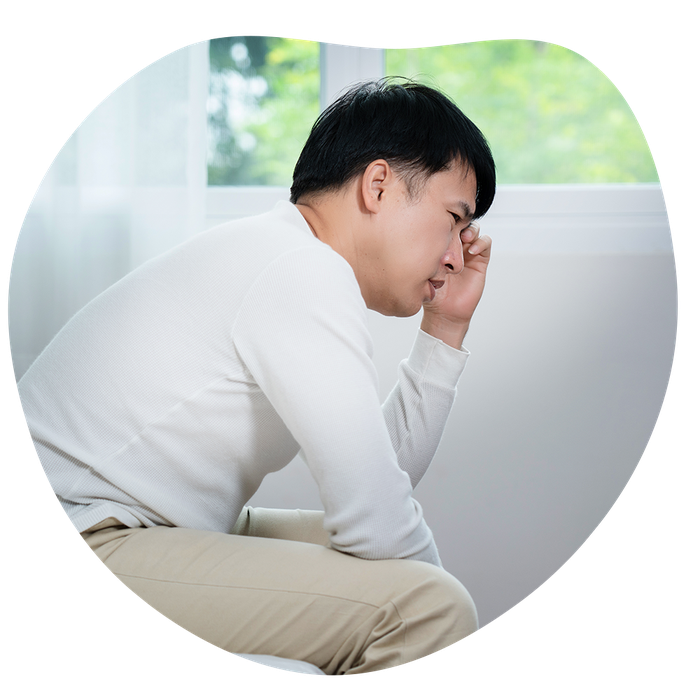 It’s important to understand that we, as consumers, have options. We can educate ourselves about foods that are good for us, and those that are not. This way, we can make smart decisions about what we buy and what we cook with and eat. When it comes to hydrogenated vegetable oils, there are plenty of healthy alternatives. 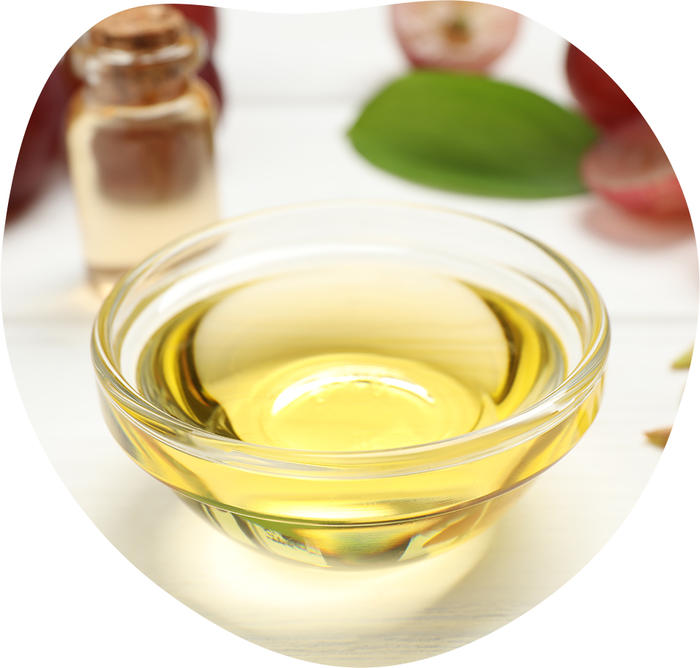 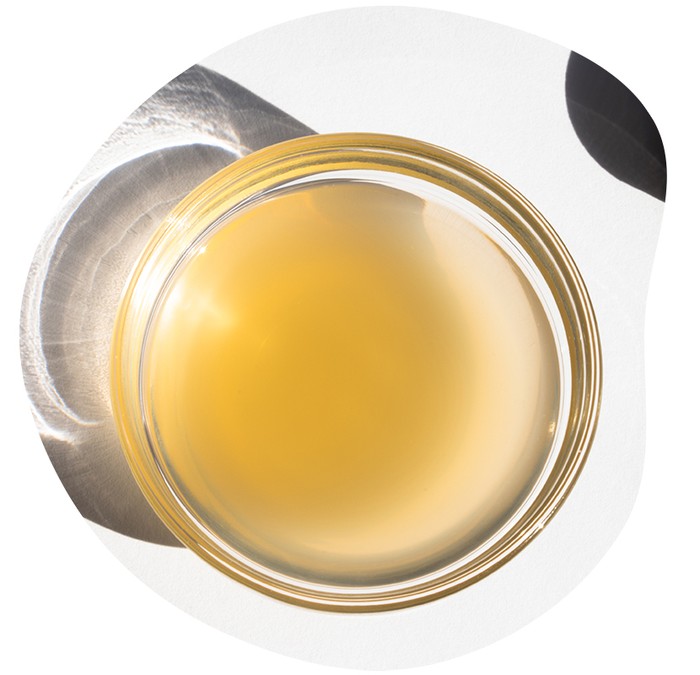 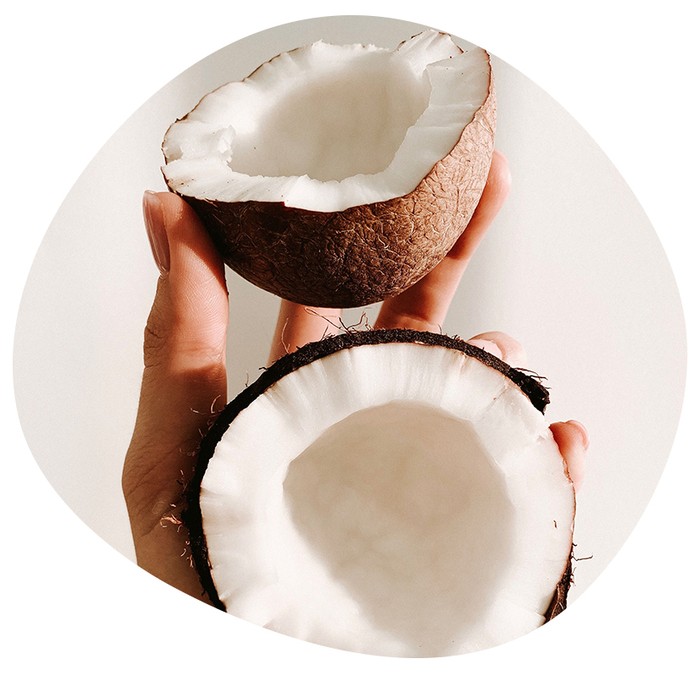 Many of the “facts” we are led to believe about our diet may be swayed by big corporations and big money. As you have read, even The American Heart Association was bought with a donation. Use your own common sense and do your own research when choosing what to include in your diet. Natural foods that have been consumed for thousands of years, such as animal fats, will always be healthier than industrial seed oils that have been processed for money making purposes.

Ready to Take Health Back Into Your Own Hands?

At UMZU, we're on a mission to help you reclaim your own health through education. We believe that corporate influence impacts how much and what you know about your health. This goes much deeper than just vegetable oils. For more topics and to browse the products we offer to help individuals like you take health back into their own hands, visit UMZU.com. Ready to Take Health Back Into Your Own Hands?

At UMZU, we're on a mission to help you reclaim your own health through education. We believe that corporate influence impacts how much and what you know about your health. This goes much deeper than just vegetable oils. For more topics and to browse the products we offer to help individuals like you take health back into their own hands, visit UMZU.com.